When I plotted The Kept Girl, I chose to set the action over seven sweltering summer days in late August/early September, 1929.

To commemorate the fourth occurrence of this literary anniversary since publication, the ebook edition is on sale for .99 cents direct from Esotouric.

Not an ebook reader? Save $5 off the paperback in the Esotouric Shop with the discount code "asmartgirl".

Read Chapter One to get a taste, and see some reviews here. I hope you'll take advantage of the Kept Days Sale (August 29 - September 4, 2017)--and please, tell a book-loving friend.
Posted by Kim at 9:13 AM No comments:

The clews from Raymond Chandler’s war

Decades after his death, and with a shelf full of biographies, Raymond Chandler still hasn’t given up the last of his secrets.

I know, because my own Chandler research sent me down the rabbit hole that ended in discovery of The Princess and the Pedlar, a comic operetta in the style of Gilbert and Sullivan that Chandler wrote in collaboration with Julian Pascal, the husband of Cissy, the woman who would become Chandler’s wife and lifelong muse.

The operetta was finished, or close to it, in summer 1917, when Chandler resigned his bookkeeping job at the Los Angeles Creamery and travelled to Vancouver.

There he volunteered for the Canadian Expeditionary Force, which offered him a starting weekly benefit of $15, which he assigned to his mother, Florence. The money was sent to her new Los Angeles address, at 127 South Vendome Street, the residence of Julian and Cissy Pascal. 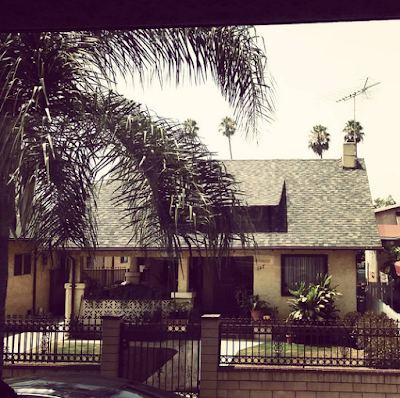 There was room for a boarder at 127 Vendome, because Gordon Pascal, Julian’s 20-year-old son by a previous marriage, also joined the CEF. He stood as his best friend Ray’s witness, and Ray his, as each took the oath of faith and allegiance to King George V, His Heirs and Successors. Gordon, British born, likely meant it, but I wonder if Ray was just going through the motions. But  in signing up, he ensured his mother’s support, and his own absence from a personal situation that had apparently become untenable.

It’s startling to think of Raymond Chandler, whose brain would give us Philip Marlowe and so many deathless observations about Los Angeles, crossing the Atlantic to serve as cannon fodder in the war to end all wars. But there it is in elegant ink on Manila paper: Chandler, Raymond Thornton, Private in the 50th Regiment Reinforcements.

And also, the declaration that he did not know if his father, the drunken Quaker railroad man who had abandoned the family and set Chandler on his own weird, stateless path, was alive or dead. (Maurice Chandler was in fact, still living.)

Private Raymond Chandler might so easily have died himself. Not just in battle, although the war was terrible for the Canadian Expeditionary Force, but of illness.

And indeed, his recently digitized military records reveal two bouts with influenza during the peak of the deadly pandemic.

Chandler was sent to the infirmary twice in England, in July and October 1918. Each time, he recovered after six days. Millions of young people were not as hardy. Among the artists who succumbed in Europe, the painter Egon Schiele died October 31, 1918, poet Guillaume Apollinaire nine days later.

Chandler was not previously known to be a survivor of the Spanish Flu, and I have added his name to Wikipedia’s list of notables who fought off their infection.

There is another surprise to be found in Chandler’s wartime records. With my discovery of The Princess and the Pedlar, it wouldn’t be too unexpected if this full-time bookkeeper and amateur librettist chose to give his peacetime occupation as “writer” or “playwright.”

But at the induction center in Vancouver, Raymond Chandler proudly declared himself to be a Journalist.

It was in this analytic mindset that he set off on the great and terrible adventure that shaped his life in ways we will never know. But it is only from war that could come understanding of the deep masculine friendships that make The Long Goodbye his greatest book. The self-destructive drinking, the inability to handle stress and creative deadlines, may have had their roots here, too.

And most profoundly, the decision to return to Los Angeles—to break up the Pascal marriage and to take gallant responsibility for the older, infirm Cissy until death did they part—must have been made in Europe.

Perhaps he decided in the enlisted men’s infirmary in late October, returning to consciousness after days of delirium, and realizing that no matter how hard he tried, he wasn’t going to die young and heroic on a foreign shore.

There was something bigger waiting for him among the palm trees and the oil seeps. So Raymond Chandler went home.

Written on the occasion of the writer’s 129th birthday, at El Sereno, Los Angeles
Posted by Kim at 12:46 PM No comments: 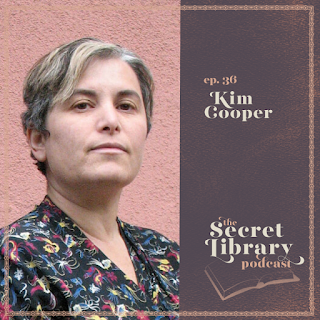 I was honored when Caroline Donahue recently invited me to appear on her literary podcast, The Secret Library, a congenial place where writers can let their hair down for an audience of readers and fellow scribes.

Episode 36 is out now, featuring a wide-ranging conversation about using historic crimes and personalities in fiction, the subscription publishing model, research methods, channeling the voices of Raymond Chandler and his friends through induced hallucinations, historic preservation, the weird side of Los Angeles and more.

Give a listen on the podcast page or over on iTunes.
Posted by esotouric at 11:04 AM No comments: